I have had the opportunity to take another beginner’s Watercolor Painting class. The picture I created was inspired by the Sleeping Bear Dunes which are along the coast of Lake Michigan along the western side of the state of Michigan. The shades of blue in the water and sky along with the rocky coast covered in rich green trees is a beautiful sight to behold.

There are many legends and sacred Native American sites in this part of the state that honor this beautiful land and its many stories. This region has always been one of my favorites to visit. The most memorable was a time when I was with friends who are members of the Ottawa and Potawatomi Native American tribes in this region. During the day there was a Powwow that the public could visit to witness the beautiful culture including food, dances, and costumes. Then that night I went with my friends to a wide open expanse of land in the Leelenau peninsula. We sat under the vast sky filled with thousands points of light, the Milky Way swirling overhead as they gathered around a fire, chanting and drumming. It was such a beautiful honour to be a part of this incredible and intimate setting, celebrating life and the land. I hope to one day return.

I was delighted to find out that each of us are each given a set of watercolor paints, a paint brush, and some canvas to take home so that we can carry on what we learned in this class at home. Perhaps my next creation will be inspired by the heavily wooded green rolling hills of southeast Michigan or the sun setting over a large field of late summer hay, just harvested and glowing golden in mounds against green. Apparently nature is my subject of choice when creating a painting. I wonder what will come next?

Sonya Julie designs websites, creates content, and enjoys marketing and social media for select entities with her partner, Michael Dwyer, through their company, Ann Charles Media. As a freelance writer who has been actively producing content for 18 years, Sonya loves connecting with the writing community and promoting authors. She also enjoys photography, videography, and creating visual media. Sonya enjoys presenting workshops on topics such as goal setting. Sonya enjoys sharing info and ideas about community, health and fitness, innovative living, travel, and adventure. Whether she is hiking through the forest, skiing down snowy slopes, or enjoying the sunshine from her desk as she creates, she always loves incorporating nature in what she does. A passionate believer in creative growth, Sonya enjoys teaching, sharing, coaching, and encouraging people to find their inspiration. Find her at www.SonyaJulie.com and www.AnnCharlesMedia.com. View all posts by Sonya Julie 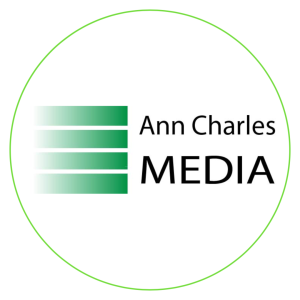 Join us in August to help make a difference: https://runsignup.com/Race/MI/Rochester/EverydayHeroesRace2RescueKidsHelpingKidsFundraiser